Soundcloud
A place for my exhaustive collection of Townes Van Zandt and Nick Drake covers.
Twitter
"And gathering swallows twitter in the skies."
Authors Guild
Advocates for published authors since 1912
Authors Guild Directory
A compendium of member websites 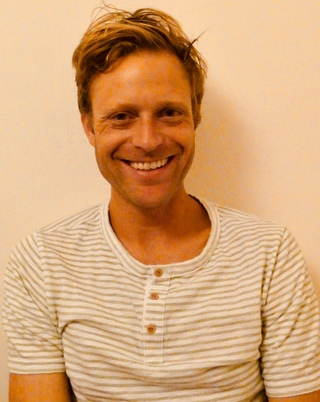 Austin Smith grew up on a family dairy farm in northwestern Illinois. He received a BA from the University of Wisconsin-Madison, an MA from the University of California-Davis, and an MFA from the University of Virginia. He has published three poetry chapbooks: In the Silence of the Migrated Birds; Wheat and Distance; and Instructions for How to Put an Old Horse Down. His full-length collections, Almanac and Flyover Country, were published through the Princeton Series of Contemporary Poets. which was chosen by Paul Muldoon for the Princeton Series of Contemporary Poets. Austin's poems have appeared in The New Yorker, Poetry Magazine, Yale Review, Sewanee Review, Ploughshares, New England Review, Poetry East, ZYZZYVA, Pleiades, Virginia Quarterly Review, 32 Poems and Threepenny Review, amongst others. His stories have appeared or will appear in Harper's, Glimmer Train, Kenyon Review, EPOCH, Sewanee Review, Threepenny Review, Fiction and Narrative Magazine. He was the recipient of the 2015 Narrative Prize for his short story, "The Halverson Brothers," a Wallace Stegner Fellowship in fiction from Stanford University, and an NEA Fellowship in Prose. He is currently a Jones Lecturer at Stanford, where he teaches courses in poetry, fiction, environmental literature and documentary journalism, but he mostly lives in a farmhouse in Schapville, Illinois.